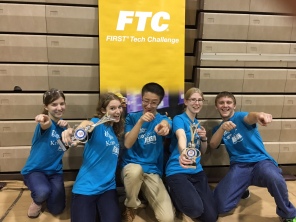 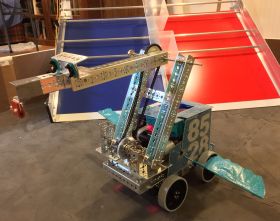 FSR team, Rhyme Know Reason, won 7 of 9 matches at the FIRST Tech Challenge (FTC) East Superregional in Scranton. Their 5th place finish in their division ranked them high enough out of all 72 teams to receive an invitation to compete at the FIRST World Championship  this April 27- May 1 in St. Louis. In addition, student member Emma Onstad  will vie  for a prestigious Dean’s List award.

To earn money for travel, they are selling raffle tickets through the Horsey Family Youth Foundation for a chance to win a 1970 Chevy Chevelle SS/396. For tickets, contact Rhyme Know Reason FTC 8528 program director- David Onstad- at rhymeknowreason@gmail.com.

Good luck to them at the World Championship!